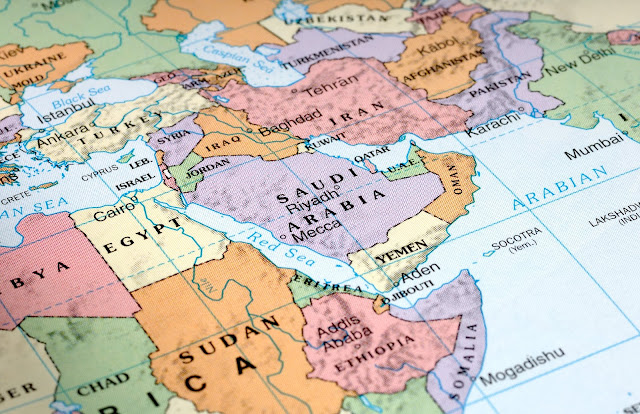 How West, especially U.S and Russia look at Kurdish question in general and in Turkey and Iraq in particular”. How you see this? I mean is Kurdish question a serious matter for them and want to solve it or Kurds are, as some believe, just a tool for them to achieve their interests?

The West, especially the US saw in the Kurds a valuable ally on the ground in Syria and Iraq in the fight against ISIS. However, as we can observe from the recent developments American foreign policy is reluctant to reward or putting it differently to compensate the Kurds for their invaluable effort in defeating the Islamic State. The American reaction to Turkish invasion in Northern Syria was very confined to a verbal opposition, let alone if we turn our attention to the Russian stance, in essence, allowed the Turks to invade! The Turkish air force entered the Syrian airspace after Moscow gave its consent. And this occurred despite the fact that Russian forces and the Kurds conducted many common operations in Syria against ISIS.

How do you assess the relationship between Kurds and Russia?

From a historical point of view, Russia maintained over time good relations with the Kurds. However, we must underline that Moscow used them as leverage against other countries in the region but also as an instrument in order to broaden its influence in the Middle East. One can recall the establishment of the short-lived Republic of Mahabad in 1946 in Iran with Russian support and blessing. In the 1990’s Moscow retained cordial relations with the Kurds especially the PKK. However, at the current time it preferred its “alliance” with the Turks in Syria for various reasons. According to my opinion, the two countries agreed that Ankara will not demand so intensively Bashar Al Assad’s resignation, while Russia gave the green light to Ankara to manage as it wants the Kurdish Question in Syria. From another point of view, Russia needs Turkey collaboration on the tactical level in Syria in order to avoid any military escalation that will threaten Assad’s position in general and in particular its own strategic interests in the Middle East country.

Regarding developments in Afrin and recent agreement between U.S and Turkey over Manbij, can we say that both America and Russia sold the Kurds?

Putting it a little bit differently, generally great powers and especially the US showed that it does not want to disrupt their relations with Turkey, a regional power, member of NATO and etc. So, the Kurds were expendables and abandoned. Me personally, although not a Kurd, I am very disappointed by the American stance on the issue, because as I have already noted Kurds’ support in the fight against the jihadists was priceless.

Is it possible that Turkey occupy the rest of the northern Syria and even Qandil mountains in northern Iraq?

Turkish actions will adjust according to the developments on the ground- and I am referring mainly to the “Manbij Agreement”- and the resistance that the Turkish army might face on the ground. I cannot rule out anything. Turkish expansionism took and takes a dangerous turning point during Erdogan’s leadership since it is manifested and guided by a dangerous- ideological neo-ottoman cloak. In other words, there is a great deal of revisionism guided by ideological expansionism that it can be easily translated into expansive actions on the ground as we all have seen with operations “Euphrates Shield” and “ Olive Branch”. Believe me… I know a lot about Turkish expansionism since the 2/3 of my country is under Turkish occupation.

What is the effect of Erdogan’s victory in Turkey election on it’s own Kurds and Syrian Kurd’s fate?

I think that Erdogan will continue the same policies against its own Kurds, refusing to grant them any essential human rights. Despite the fact that in the past he initiated an approach and a peace process in 2013-that fully collapsed in 2015- the upcoming events showed that all were mere tactics in order to “sell” to European Union and to international public opinion the image of moderate islamist leader. His strategy supported his intentions to reduce the power of the Kemalic establishment (army, the NSC, the judiciary and generally the deep state). Turkey suffers from the “Serves Syndrome” so views its own Kurds actions and those in northern Syria as a threat to its national security and in particular to the integrity of the Turkish State. Furthermore, we must keep in mind that AKP alliance with the MHP an ultranationalist and anti-Kurdish Party will have a negative impact on Erdogan’s foreign policy and stance as regards the Kurds.

At the end, can Syria’s Kurds hold on the ground they’ve gained?

I am not optimistic on that. They have to counter the superior force of the Turkish army and generally the advantage in firepower of their opponents. Moreover, without the diplomatic support of great powers and especially the US and Russia-or other European Powers such as France and Britain- things become very difficult. They are a battle worthy actor but-focusing on the Kurds of the YPG and the SDF -without air force at their disposal they are in an inferior position. Or using Thucydides famous dictum “”The Strong Do As They Can, While the Weak Suffer as They Must.”

Can Kurds in Syria, Turkey and Iraq solve their problems with central government without getting help from foreign countries like U.S and Russia?

According to my opinion, the most difficult case is Turkey. But answering overally, as long as the Kurds do not threaten the territorial integrity of the states they reside always there will be place for some maneuvering and concessions from the Central Government/state.

Why western powers and Russia abandoned Kurds in Afrin?

This occurred because –as I mentioned earlier- Turkey is a regional power with enhanced abilities in various levels in its international relations. Is exerts important geopolitical influence in its region- in geopolitic and economic terms as well -and therefore it is in a position to retain client relations with the great powers. Viewing things from the perspective of great powers, they do not want to lose the support of Turkey in various issues and levels. If we analyze the Russian-Turkish relation paradigm we understand the deepening interdependence between Russia and Turkey. They are cooperating on the so called TurkStream pipeline, Turkey purchased the S-400 defense system from Russia and they retain important commercial relations. In conclusion, I will put it bluntly, yes the Kurds were abandoned in the light of deepening Russian-Turkish interdependence and as i mentioned before because of their strategic-tactical alliance in Syria.

Do you believe that Kurds one day can have their own state?

I hope, since it is the largest stateless ethnic community in the world and they deserve a state of its own. Over time and if we focus exclusively on year 1968, where the Baath Party seized power in Iraq-, the Iran- Iraq war of 1980-1988 and the two Gulf wars that ensued- the Kurds tried to exploit the general instability, unsuccessfully though, in order to promote their self-determination. Amid deception and agreements not implemented they did not succeeded in this. With the exception of the autonomous region of the Iraqi Kurdistan, the Kurds in Turkey and Syria are in a subordinate position. However, when it comes to full independence it is extremely difficult as we have observed what happened in Iraqi Kurdistan after the Masoud Barzani’s referendum for independence. Turning our attention to Northern Syria things did not went well either because of Turkish aggressive reaction.

Assad last week said SDF forces which is led by Kurds, will be getting out from northern Syria either by negotiation or by force, and Kurds say they are ready for negotiation and are going to go to Damascus, how you see this? Can they reach a solution? Can Kurds have their own autonomous region within this possible agreement?

I thing Western Syria (Rojava) may be a lost opportunity. In 2014 the Kurds started to carve out autonomy based on the Swiss Model. At the time Bashar Al Assad was distracted by its fight with the rebels and he could not do enough to stop Kurds’ effort. There are also others who maintain that he intentionally let the Kurds to act freely in order to divide the opposition. In any case, now he has regained much of the lost land and he has the upper hand in Syria, he is alarmed and threatens the Kurds. Alike the Turkish state, he is afraid of any secessionist policies in Syria. The final outcome of the war and the negotiations that will follow as regards Syria’s final political structure and the power sharing of the communities within this structure will show what kind of agreement will be agreed for the Kurds in Northern Syria.