How can the sociology of ethnic identity be relevant to the use of theory in counselling? 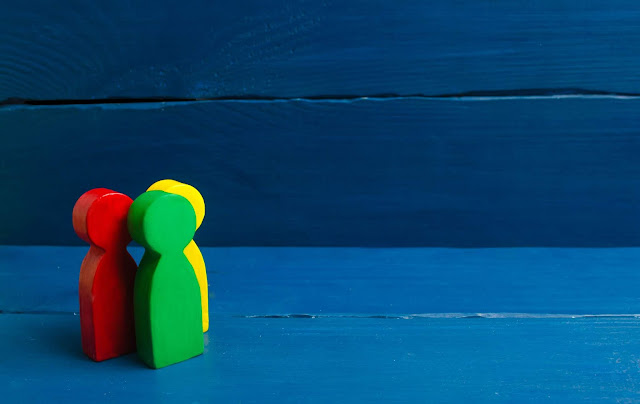 We live in an increasingly complex, differentiated, diverse and multicultural society.  People from all cultures meet each other and exchange ideas, experiences and beliefs.  Increasingly, people of diverse ethnic heritage and cultural background also intermarry, and their children inherit both the genetic and cultural history of their mixed ancestry.

According to the UN High Commissioner for Refugees, in 2017, 65.6 million people were forcibly displaced worldwide because of persecution, conflict, violence, or human rights violations alone.  Given the rate of influx of populations from differing ethnic backgrounds in Europe and globally, the issue of ethnic identity cannot be overlooked by counselling psychologists or others in the mental health professions, and it is likely to increase in significance as second and third generations of the children of refugees grow towards adulthood in their host countries.  Psychiatrists, psychologists, psychotherapists, counsellors, social workers, psychiatric nurses and anyone who is directly involved in the helping professions (henceforth: “therapist”), can no longer ignore the heterogeneity of their patients’ and clients’ backgrounds.

What, however, is the best way to approach something which frequently lies outside or beyond our own cultural experience?

In my recent selective review of literature about ethnic identity, published in Fabrica Societatis, the new Polish journal on the sociology of everyday life affiliated to the University of Wroclaw, I promote the postmodern awareness of the therapist who is responsible for making conceptual formulations about their clients’ life narratives - clients for whom ethnic identity seems at issue.  At the same time, the review will be useful for the therapist who is trying to challenge their own ethnocentric or fixed ways of thinking about ethnic identity.  I argue that the appropriate formulation of psychological hypotheses must involve a “radical epistemological shift” (Gill, 1996) on behalf of the therapist, using the findings of mainstream psychological research.  Specific therapeutic interventions, which have been adequately addressed elsewhere (e.g. d’Ardenne & Mahtani, 1989; Pedersen, Draguns, Lonner & Trimble, 1996) are not explored in detail, though some attention is given to the implications for therapeutic practice..

A postmodern perspective on social science, such as the social constructionism espoused by discourse analysts (Sampson, 1989; Potter, 1996), asserts that language is not just a means of communication about an underlying reality ultimately transcendent to it; instead, language constructs the very reality we are talking about. The ‘building blocks’ available to us for this construction come from the semantic pool of vocabulary and syntactic and grammatical rules that constitute what are acceptable and meaningful ways of saying things.  Postmodernism casts doubt on the attempts of scientists to discover underlying realities.  Horrocks & Jevtic (1997) point out that discourses are not just linguistic systems or texts - they are practices. Perhaps then, even models of ethnic identity development and empirical studies of ethnic identity in diverse populations are the product of social-science discourses, emanating from a privileged social order which may be politically motivated in maintaining outgroups. Understanding ‘ethnic identity’ as a social construct means it is no longer conceived as an essentialist “ghost in the machine,” to use Arthur Koestler’s (1967) phrase. Instead, it is seen as a language-based concept, a social construct varying across contexts and situations, applied to populations which are different both within themselves and between each other, and yet also interdependent on structural variables such as gender, class, sexuality and others.

Article citation: Gaist Byron J. (2018) The Social Construction of ‘Ethnic Identity’: Confusion over Terms? How the Sociology of ‘Ethnic Identity’ can be Relevant to the Use of Theory in Counselling Psychology. “Fabrica Societatis” vol. 1, no. 1, pp.69-92.